On July 10, 2022 from 8:30 p.m. in the Tuida Fortress, the comedy "POOR FRANCE" was hosted again, with over 300 performances!
Participants: Alexander Kadiev, Alexander Doinov, Fahradin Fahradinov, Katerina Evro, Anelia Lutsinova
"One misty autumn Parisian morning, to the sound of an old French accordion, the noise of the Seine river and the smell of freshly baked croissants, the brakes of a taxi screeching...Victor Tabouret, a merchant from the French city of Limoges, arrives in Paris to visit his son Michel Tabouret to his lodgings to tell him that his mother has run away with his uncle to the Alps. Mr. Tabure's only hope is to get understanding from his son. But instead of Victor's understanding, he is about to receive another surprise in his life - the news that his son is homosexual, and Victor's acquaintance with Michel's "girlfriend" - the charming José Pilet - makes this moment dramatic for the characters and doubly comical for the audience.
A comedy loaded with lots of laughs... a comedy about the clash of generations, sexual orientation, values, ideals and love, love in different forms and dimensions" 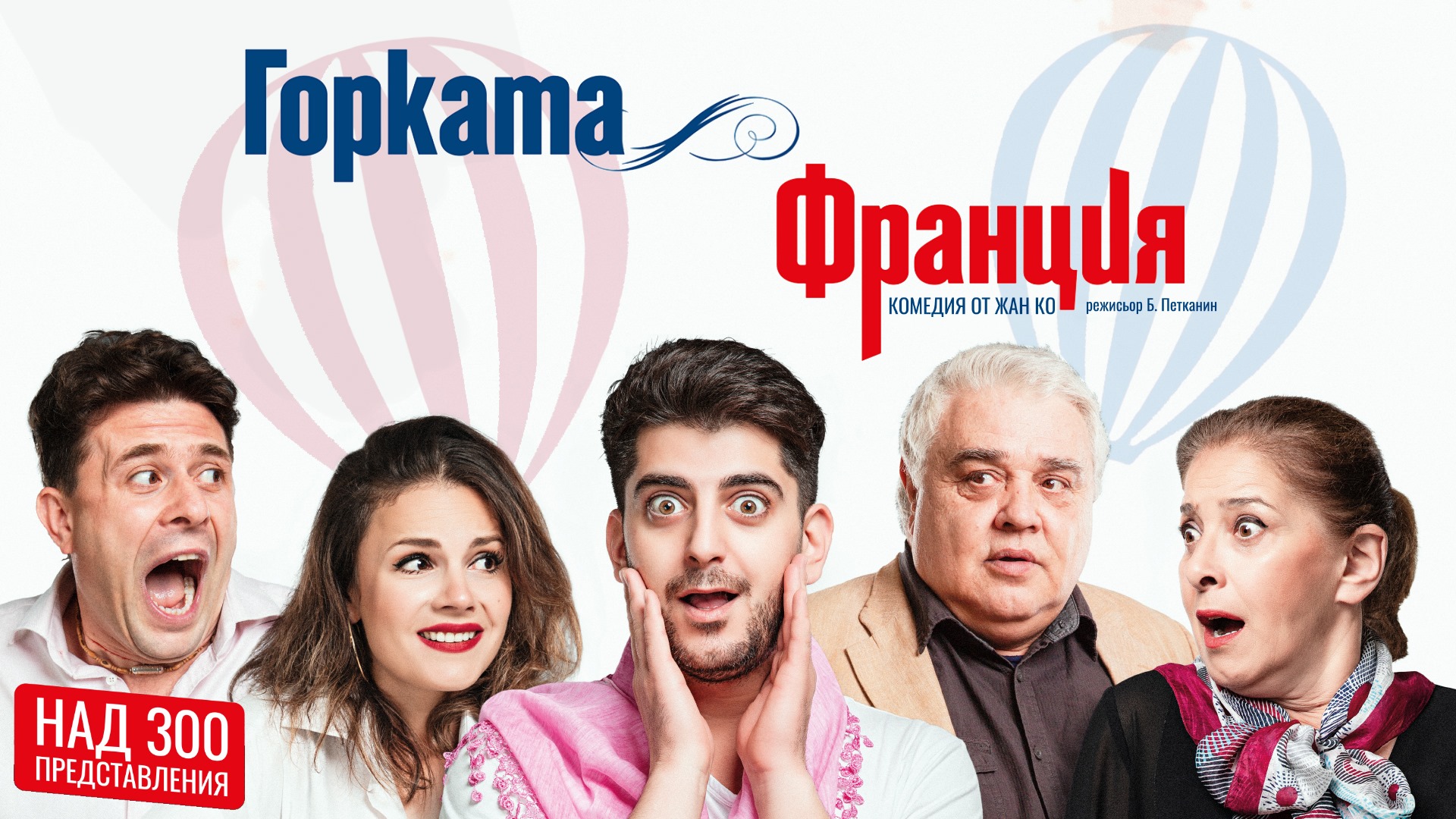